Money from Holme (1964) by Michael Innes 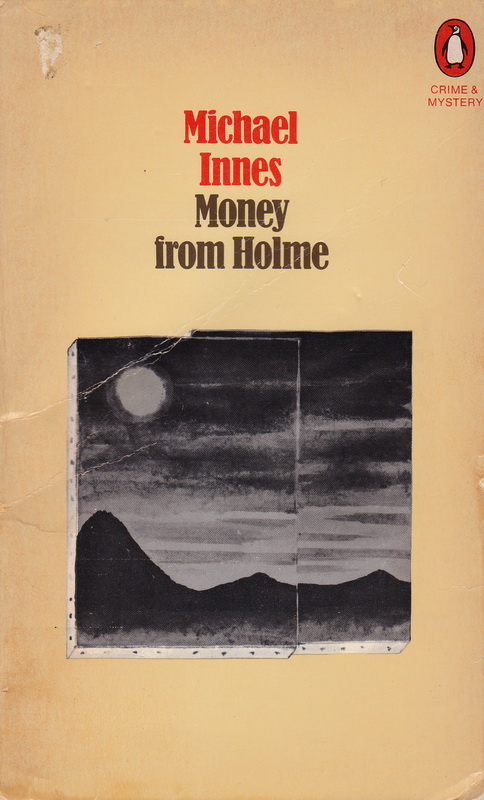 Innes at his most frivolous reminds me of a gleeful schoolboy bubbling with laughter at perpetrating a particularly clever prank. In an interesting mirror effect, the main character in this book is also like just such a schoolboy, except prone to extreme nastiness. In other words, the author's Shadow. Some of the racist language, purporting to be the character's unvoiced sentiments, must have already been jarring to many in 1964. Even Christie had stopped using the n-word by that time (she uses blacks in A Caribbean Mystery in the same year), and I doubt that she ever reflected on 'them' being hardly very different from monkeys (in the hilarious context of internal strife between rival African factions). In fact, it appears that the black mischief was one of Innes's recurring motifs, along with switched identities and returns from the dead. Even Waugh couldn't be funnier on the subject. Another recurring theme is, of course, painting, and Braunkopf is once again a major character, making it difficult for the reader to avoid lapsing into his peculiar idiom for a while. But the most curious aspect of the book is a marked similarity of certain plot points to the whole Derwatt affair in Patricia Highsmith's Ripley Underground (1970).

The ending is rushed, as not infrequently with Innes, and slightly mars what could have been a masterpiece of literary roguery.
Posted by polecat at 3:23 pm No comments: Links to this post

What Happened at Hazelwood (1946) by Michael Innes 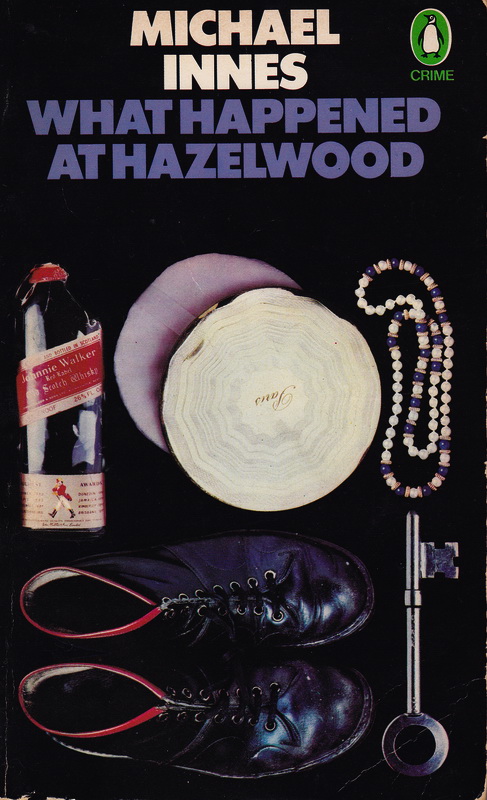 Christie often stressed the concept of Evil as the driving force of crime. Innes, in true Libra fashion, eschews it at any cost. He strives for harmony all around. Crime is at worst grotesque, not evil, and Innes's preference is, while explaining the mystery, to explain the crime away. It is he who used the outrageous but sooner-or-later inevitable twist of having a victim die of laughter. If evil is to be present at all, it is first for the block, as in this novel. The book has an almost Victorian feel, helped by two different narrators, somewhat in the Collins manner. Nicolette is one of the most appealing heroines in the genre, if not the whole of literature. It's surprising how sexy Innes can afford to be in 1946 in the most conservative of genres (including a borrowed device from an even earlier novel). Where he fails is in not even trying to mask the mechanical revelatory final reel as literature. To him, straight fiction and a mystery story were irreconcilable, and he does not attempt to make the mechanics of the plot plausible or at least seamless. Still, it's a top-tier Innes, and would have made a wonderful movie in the right hands (Launder and Gilliat).
Posted by polecat at 2:53 pm No comments: Links to this post

The Moving Toyshop (1946) by Edmund Crispin

This alleged classic is very funny in parts, but as a mystery it's a mess. There is no investigation - all revelations are made through chance encounters or events overtaking the protagonist - and the solution to the puzzle is an insult to anticlimaxes. The moving toyshop itself, a Chestertonian concept on the face of it, is irrelevant to the plot and resolved uninventively.
Posted by polecat at 2:43 pm No comments: Links to this post